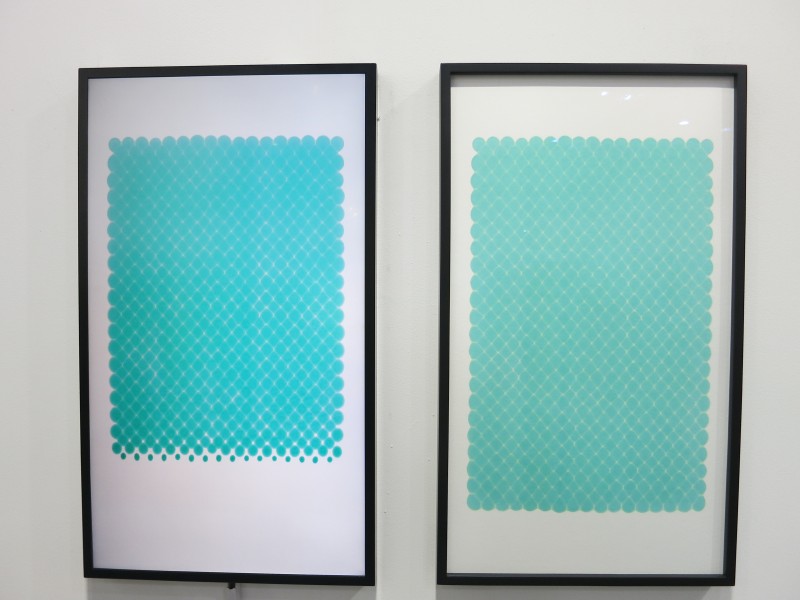 Dong Dawei started this series 10 years ago while is was still in France. In  Colorless Ripples series of drawings created with marker on paper, the artist put the pen to one side of the paper and the drawing appears on the other side. So the artist cannot more or less see the image is being drawn. He can only use his experience to control the result and there is only one chance to do it right. The artist’s hand is kept as still as possible, while looking at the stain growing to control it, once the marker is lift off from the paper surface, the ink stain continue to grow until it reaches the previous one and stops. No adjustments is possible once marker and paper have made contact.

It’s all about process and timing, drawing every stroke one after another and bringing every stroke together, without no possibility of correction, it’s the same as calligraphy. 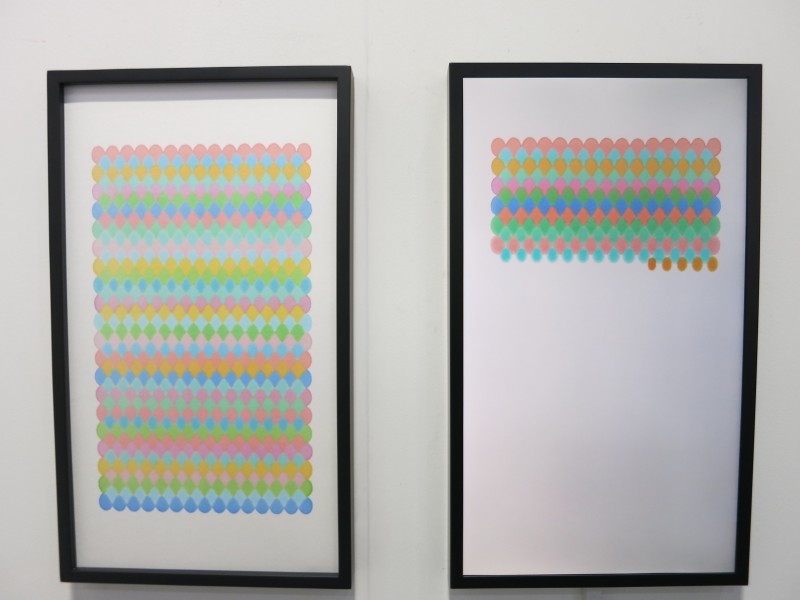 In an Interview with Fu Xiaodong the artist tells her: “I started drawing the earliest one, “Spring of Bourges” in 2008. I started using marker pens because occasionally in the morning I would leave the house quickly after writing something, and would forget to put the top back on the pen – I’d drop the pen into the drawer on top of a piece of paper. When I came back in the evening I found that the there was a big ink stain on the paper, but the effect of the ink staining the paper was far more intense than if I had drawn an ink stain on the paper, so I thought that the effect had a lot of potential. Now when I think back to seeing that ink-soaked piece of paper, and the reason why it had such a direct effect on me, it was probably the fact that the two textures combined so perfectly that appealed to me.“ 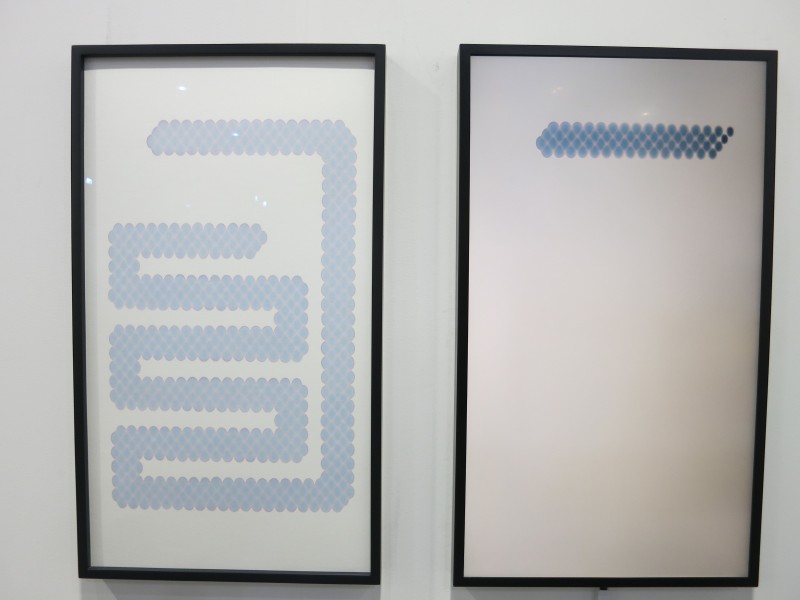 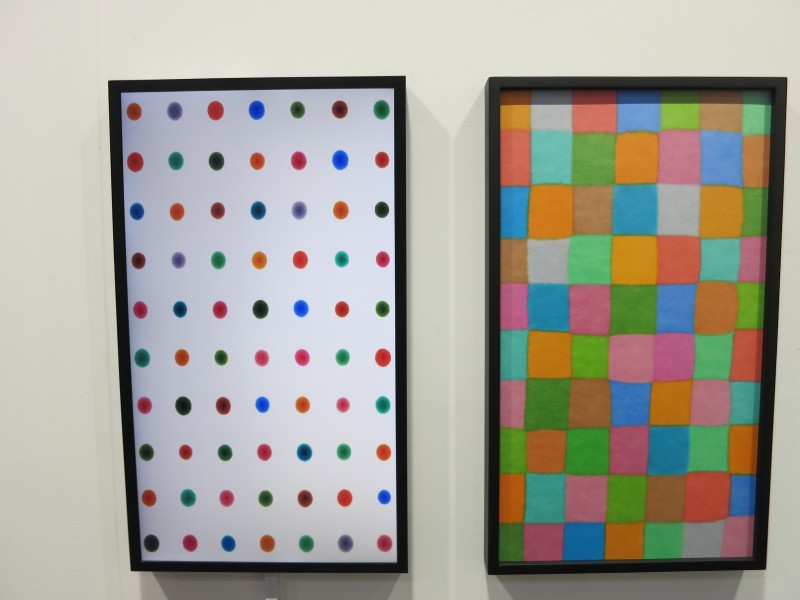 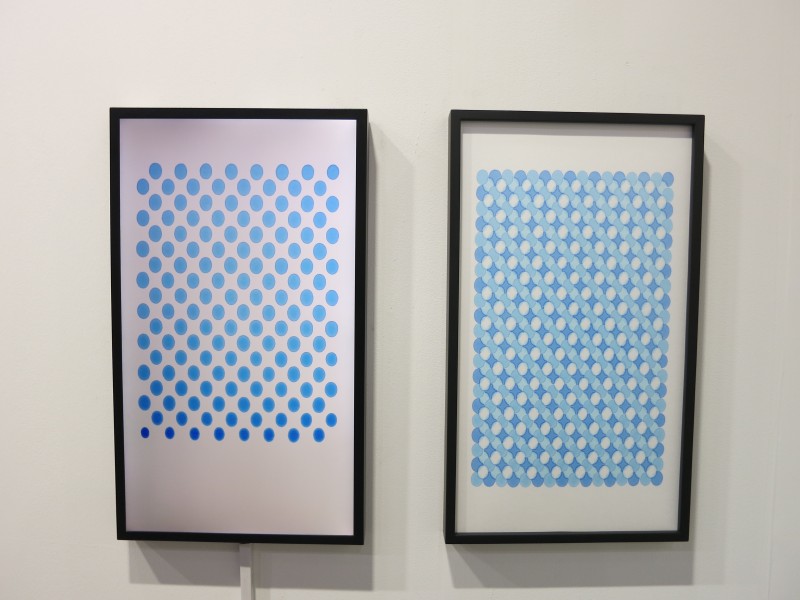 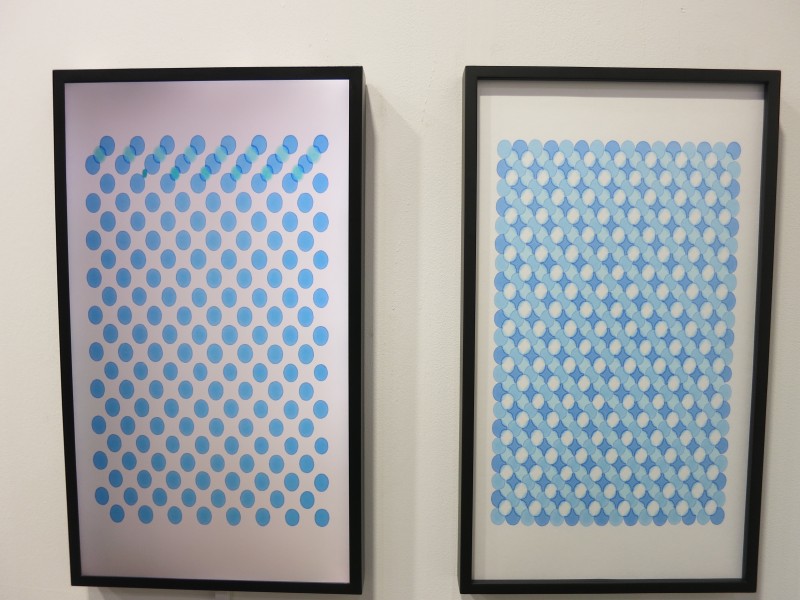 The videos going along each work were accelerated as the drawings take several hours to be completed. 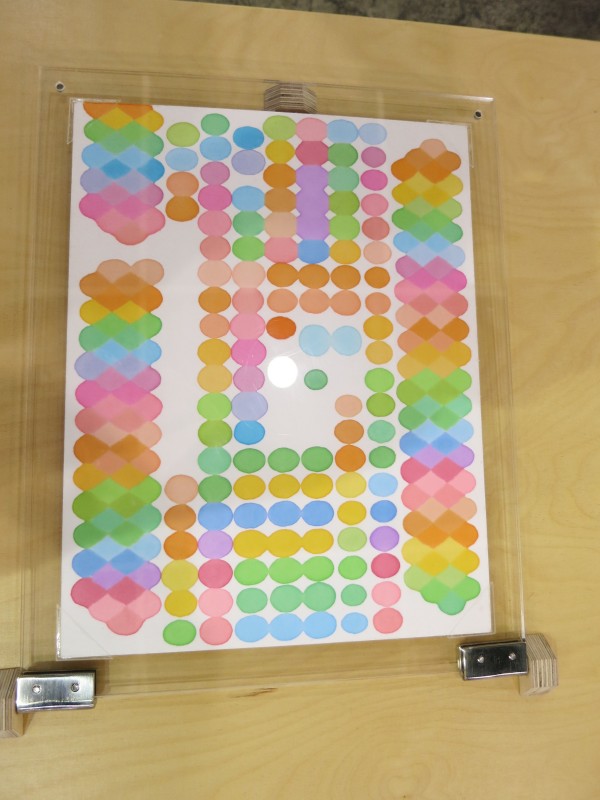 On Yang gallery’s booth, an example of a sketch was on display 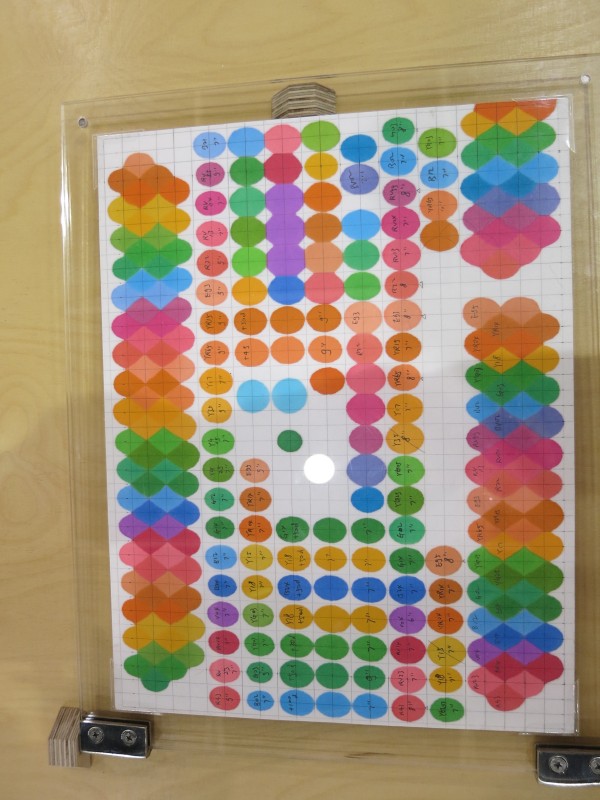 The sketch’s backside showed the position of each marker, the reference of the colors and the time that each marker has to remain in contact with the paper.

Dawei Dong (b.1981 in Dalian) lives and works in Beijing. He was graduated from LuXun Academy of Fins Arts in 2004 and  went to study in france from 2009 to 2011 at the ENSA-Bourges, where he obtained DNSEP with congratulations by the jury in ENSA-Bourges (Ecole nationale supérieure d’art de Bourges). His recent solo exhibition include, Visible Light at A+ contemporary, Taipei in 2017, Dust to Dust at Hadrien de Montferrand Gallery, Beijing 2017, The Common Reader at Gallery Yang Beijing,2016 and A singular Point at Gallery Perrotin, Hong Kong, 2015. He has participated in group exhibitions in national and international institutions, including Boghossian Foundation (Brussels), K11 Art Space (Hong Kong), UCCA (Beijing), MMOMA (Moscow), House of Culture Bourges (France), L’hospice St Roch Museum (Issoudin, France).

What's on in Hong Kong

← Previous article : My selection of Art Basel Hong Kong 18
→ Next article : What's on in Hong Kong