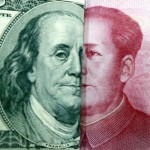 For international contemporary art dealers, the Chinese market has mostly been about the promise represented by its growing class of high-spending consumers—and, boy, has the art world invested in that potential. In the past year, Gagosian Gallery opened its first Asian outpost in Hong Kong, and White Cube announced that it will open its first overseas gallery there next year. Galerie Perrotin and Lehmann Maupin are looking for staff and space. The Art HK fair was bought by Art Basel in May, and newcomers at this year’s fourth edition of the fair included David Zwirner, Sprüth Magers, Yvon Lambert  and Victoria Miro .

So, what now? The dealers congregating in the tent this week are keeping their chins up. Those with plans in Asia say that these are still on track (although little has progressed). “It’s a new economy that we’re all trying to understand,” says David Maupin of Lehmann Maupin gallery, which is planning a pop-up space in Singapore. Those in China say that, while confidence is still high, a cooling of the contemporary craze may not be such a bad thing. “People don’t want to slow it down, but it’s arguably moving too fast,” says Lu Jie of Beijing’s Long March Space (E20). “There are too many people who think of art just as an investment,” he says (there are believed to be nearly 40 art investment funds in China).

Others accept that times are tough, but say China should be approached with a long-term game-plan. “The reality is more exciting than the hype. There is huge potential but it is going to take time and effort to build relationships,” says Magnus Renfrew, the director of Art HK. David Roberts, the property developer and contemporary art collector, says: “While China may take a dip in the short term, it will potentially be a huge market in the future. [The galleries opening in Hong Kong] are shrewd operators.”

The art economist Clare McAndrew can also see advantages of a slowdown in China. “The government will be looking to get people to spend more to help sustain growth. There is only a very small handful of rich Chinese buying art—but bring on the new middle class,” she says.

To read the entire article please visit The art newspaper